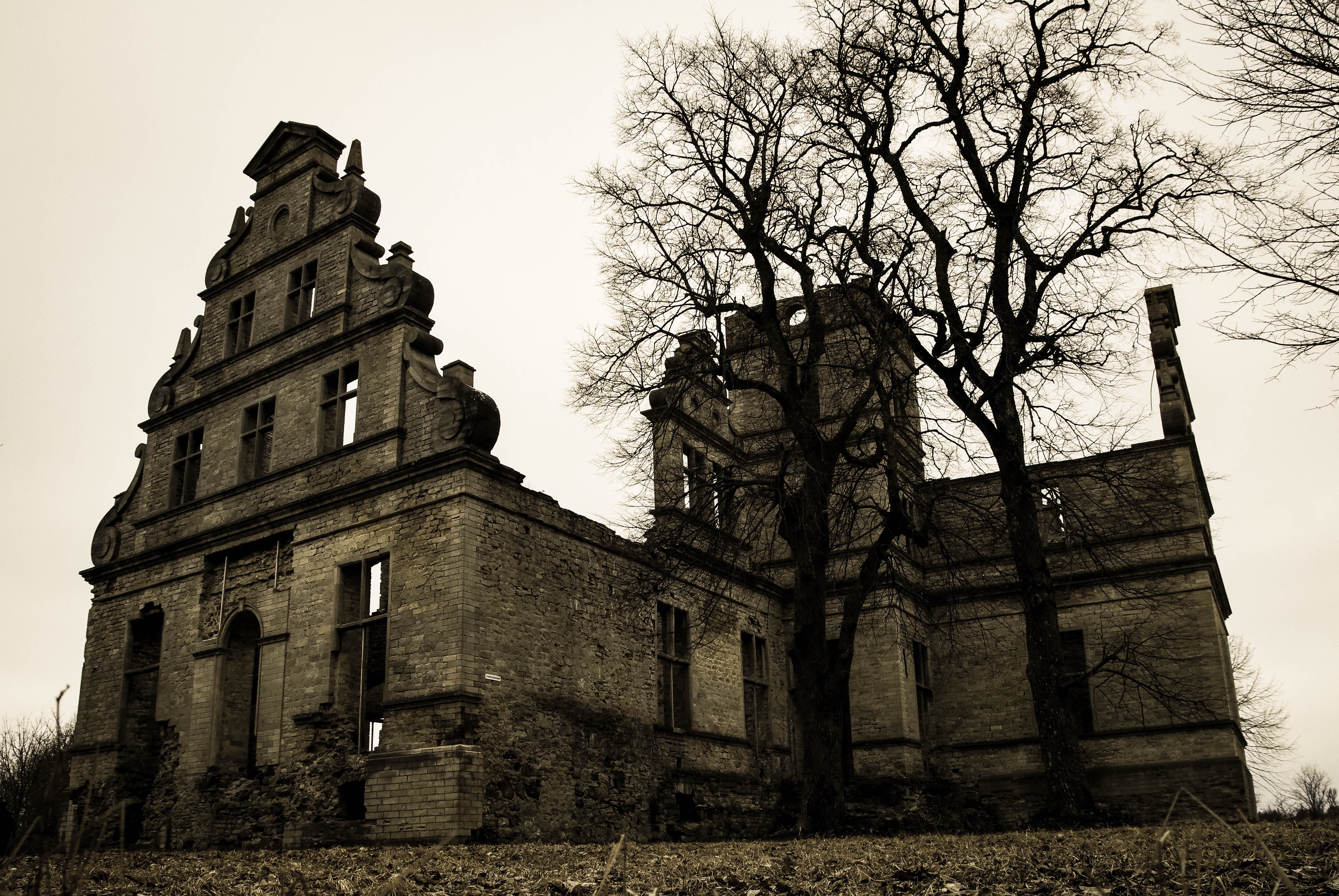 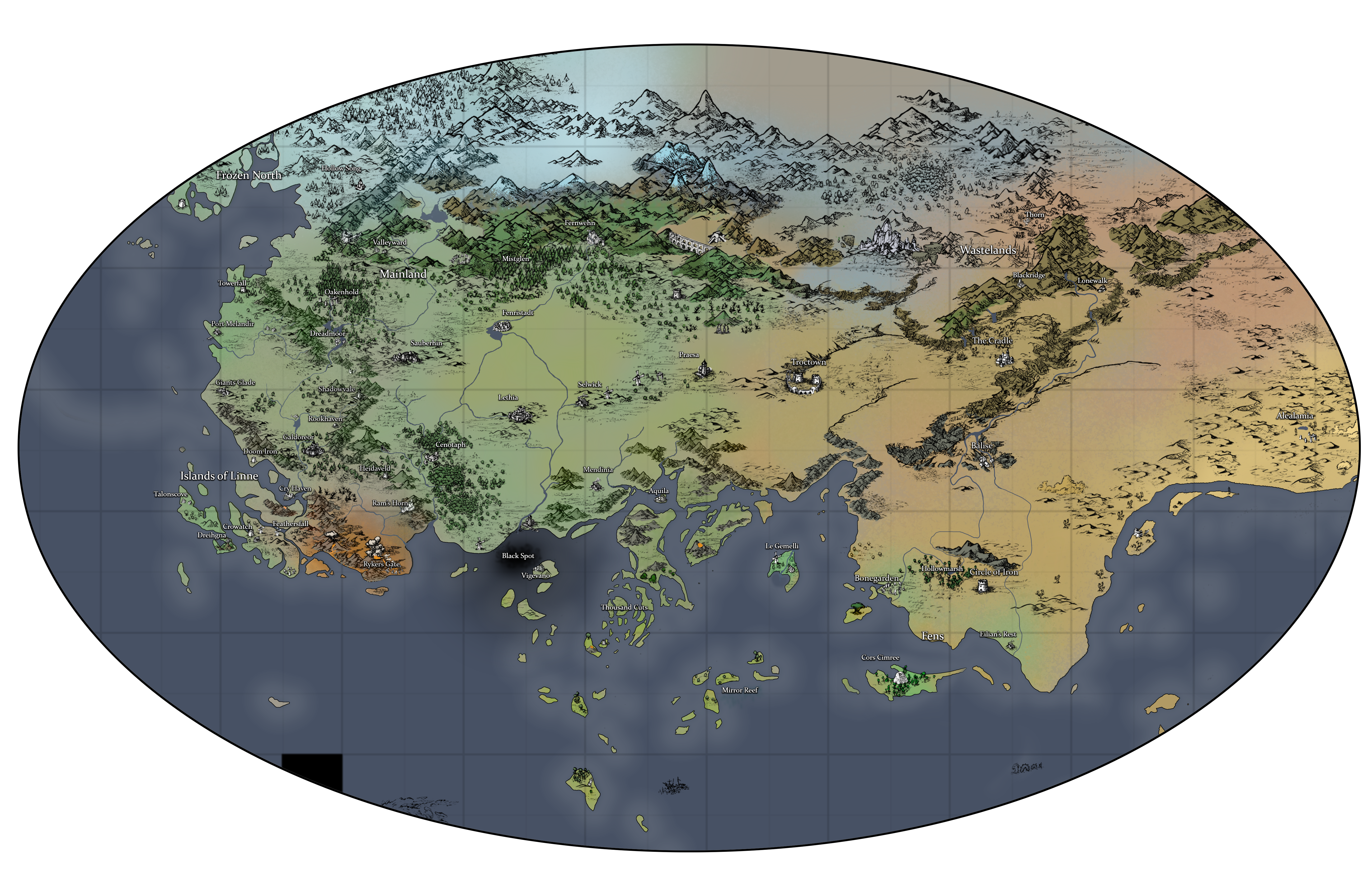 The Empire of The Throne of God on Earth has fallen.

Some unknown centuries ago, The Church of Mankind was brought to its knees, and rulers crumbled to dust. The Catastrophe came, levelling the known world, and its laws and institutions with it. Even the familiar cycle of life and death as it was understood has now changed.

While great centralized forms of government no longer exist, those who have risen to power as warlords and dictators are often from the ranks of the inhuman and cruel Triumverati: disciples of one of the three terrible gods that have plagued humanity since the dawn of creation. Kuarlites, followers of the God of Blood, Slaughter, and Brutality; Lazarines, followers of the God of Death, Secrets, and Ruin; and Tarranthists, followers of the God of Power, Desire, and Rapacity. Whereas once they were confined to the shadows and edges of civilization, they now shape the world openly in their image.

Humanity now fights over the scraps of a carcass of what was, and struggles to forge a future on the back of a dead empire. The cities that remain teem with filth and scarcity, and there are few places to hide from the Malefic that plague the world in ever greater numbers. Heresy is rampant, and the odds are stacked against survival. The choice between what is right, and what is easy, is hardly a fair one anymore, for nothing is easy, and there is no guiding star to tell you right from wrong. All that keeps you going from one day to the next is the burning purpose in your chest – the will that the world will try to extinguish. But you are human, and your spirit will never stay dead. It cannot help but rise once more, again, and again.

Humans exhibit many universals, and at the forefront of the list is how we respond to, and cope with, extreme danger.

There are those who Fight.

A people marked and cursed as unclean and untouchable, sent to live and die defending the borders of the world. Facing the non-men, the Malefic, plague,and wastelands, they protect those who would revile and scorn them. In so doing, have become some of the most deadly fighters in existence – at one with their environment.

A people who always keep moving, following patterns and paths which make sense to them alone. They carry their stories on their lips and on their skin, leaving behind anything heavier than a song. They hope that someday, somehow, they will find what they had to abandon.

A people who have not forgotten – who can trace their lines and beliefs back to the times before, back to when the world was younger and the gods had names with sharper edges. But because they are relics, the world has forgotten them. Isolated in their hidden forests and vales, they tend their own business, their own practices, and their own survival.

A people living atop a sunken world, revering and respecting the sea’s gifts, but forever thirsty for more. They live by the rule of taking whatever they can until they are too weak to grasp. They strive for glory, fame, riches, and at the heart of it all, to be remembered; remembered longer than the flooded, ancient, long-abandoned cities they call home.

A people who are driven to endure by whatever means necessary. Theirs is a world of hard truths, hard living, and hard hearts. It is their duty to ensure that mankind lives on, and this means that survival of the fittest is the highest law. They exist within the bones of the old Empire, trying to compete within its diseased and rotting entrails.

A people who have sealed themselves away from the suffering masses, providing refuge and sanctuary from the barbarous world outside, and in so doing, creating their own prison. Surrounded by the relics and wealth of the past, they have learned that you cannot eat gold and jewels. And while they have worked so hard to keep out the monsters outside, they forgot what they had locked in with them.

And there are those who Become the Monster.

A people habitated and socially inoculated to the threat of vampires, werewolves, monsters, and Malefic. The taint is in their land, and runs in their blood as well. Keepers of history, they dwell in soot-stained, foggy villages, lit by lamplight – where protection, power, and lore can always be had, if one is willing to sacrifice. They hunt the threats in the night, keenly aware that soon it may be them who are the hunted.

Each of our seven cultures has its own story- its own history, power structures, lore, and way of dealing with a changed world.  Each of those details can be found below in their culture packets.

The loathsome life within the cities, the confines of existence within carefully controlled patterns and boundaries, and the teeming hordes of overpopulated human bodies leads many to seek peace, safety, and relative isolation elsewhere. Rumors of untapped resources, food, and room to breathe within the wilds of the world reach eager ears, and some take the desperate risk of the road. They face confrontation with unholy Triumverati and their agents, starving bandits, terrifying Night Malefic, and deeper horrors still… all for a glimpse of some hope they can barely name.

A settlement they call Cenotaph was established in the woods of southern Gotha, quietly and, it is fervently wished, away from the gaze of the Triumverati warlords who hold sway over much of the known world. And it is to Cenotaph that you journey, perhaps for a fresh start, perhaps to escape, or perhaps for some dread purpose. Regardless, the reasons are all your own… as are the consequences.