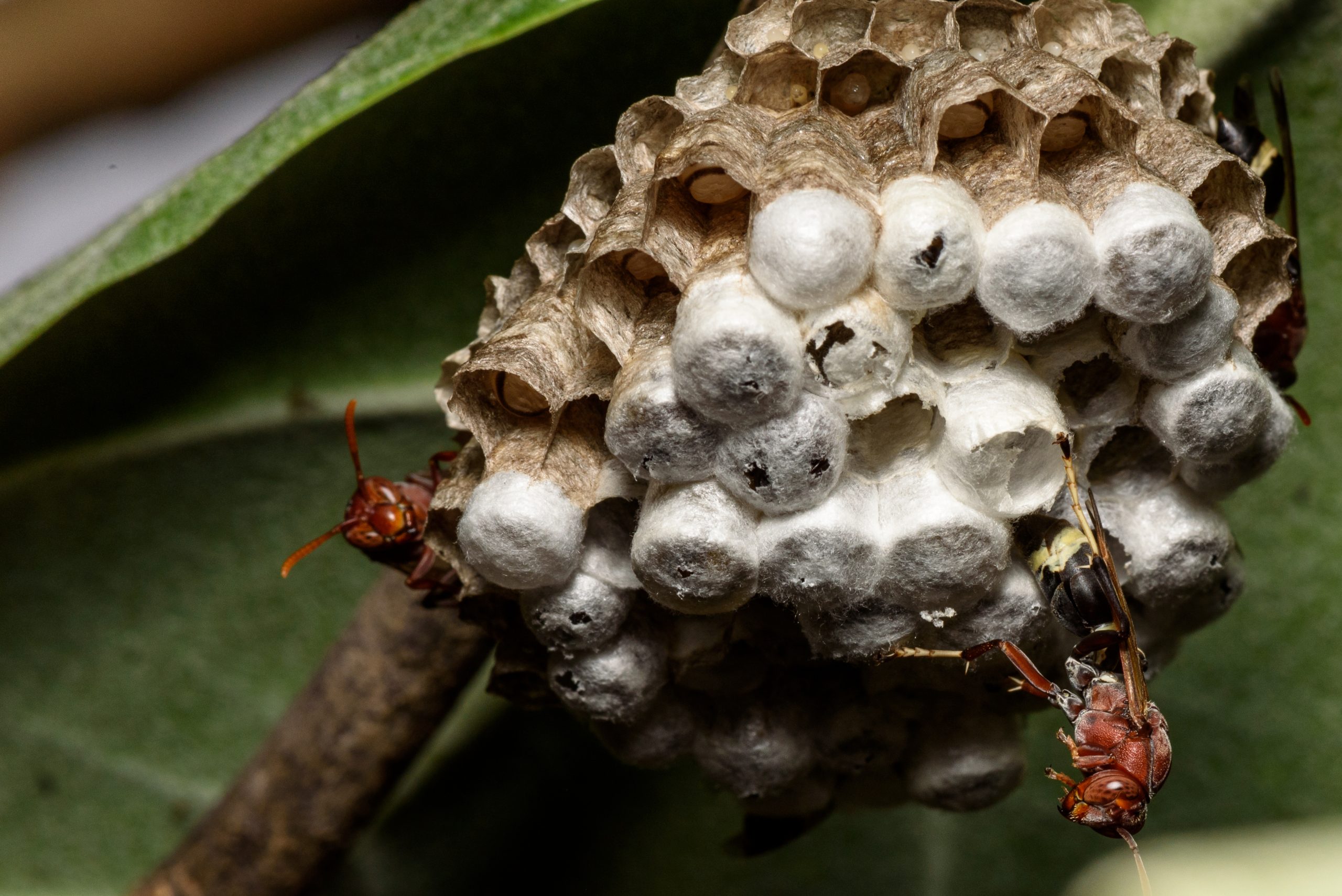 Rites of the Other

The wind in the trees is our breath on your neck; the reaching branches are our long fingers grasping at you. The darkness is our shadow falling across you. We are born of your fear, and like dutiful children, we shall live to see our parents placed in the ground.

The energy of the Other is that of the wild night and those creatures that hunt and prey off of humans. It is the energy of death and dread, mystery and the blade itself. Those who follow this aspect know that for the world to remain in balance, death is a necessary gate that all must pass through – even though we may mourn and fear it. The other is the aspect of dark and inescapable knowledge, of distancing oneself from the world and those that tie you to it, and to embracing the animalistic nature that lies in all of us. It is tied to the dark of the thickest woods, to the half-light of the will-o-wisp, the claws and howls of the wolf, and to the pooling sound of blood as it soaks into the earth.

Upon becoming an adult, each person chooses which aspect of Vecatra that they will follow, although it is unusual that a path is chosen that was not given to them at their childhood naming by the village circle. Most of the Forgotten Ones choose to follow the feminine or the masculine form, as those who choose the Other may not live within their village and home. Instead, they must head out into the darkness of the woods to seek those of their kind and their own circle, and spend their days as a source of fear and scourge of humanity.

Those of the Other are always in antagonism with the other two faces of Vecatra, as it is their duty to make sure that mankind never gains too much of an upper hand against the natural part of the cycle. While they do engage with Vecatrans of other faces- especially that of the female face- they do so sparingly and carefully, always making sure that they get something in return for nature for whatever help they offer.

While those of all faces of Vecatra seek to lay Malefic creatures to rest, those of the Other believe that it is most important to allow such Malefic creatures to act freely first- to try to find the balance they seek through violent punishment of those who wronged them before putting them to rest in other ways. Any means by which a Malefic may be forced to inaction rather than properly resolving it are anathema to this face of Vecatra and treated as grave disruptions of the natural order.

Dedicate Shrine to the Other Face

This is a ritual to create a space sacred to the Other. This is a space that can be used for other rites and rituals. This creates a permanent structure. When anyone defiles or steals from the Shrine, they gain the Damned state.
The black of the trees at night was like the waves of the ocean, dark like the hunter’s heart-blood, calling to me like the heart of a storm.
Constellation: Jabal
Orthodoxy: 3
Observances:

Act – The Cultist goes into the woods and finds a clearing, making sure that no non-believers follow them.
Act – The Cultist begins the ritual exactly at midnight.
Act – A rough hewn stone slab is placed in the middle of the clearing. The stone must be big enough for an average human to lay down comfortably.
Offering – A tagged moss is laid in the middle of the altar and set ablaze.
Liturgy – “We come together, in the dead of night, to honor the unknowable. You keep balance, and bring what is necessary to tip the scales. Flesh and blood and bone and fur are your tools, and we offer them freely when you are in need. We ask that you grace us with your presence in an exchange, or with a blessing, so that we might strive towards equilibrium. You are justice-bringer, night-stalker, dream-splitter. Our final hope in the wheel of life.”

Mechanical Effect:
At earliest convenience, the Cultist lets a staff member know that they have made an altar to the Other.

The Cultist will now be able to conduct rituals that require a shrine of the Other to complete.

Additionally, when anyone uses the Prayer ability at the shrine, while giving an offering of an Onyx, a Toad’s Tongue, a Dog’s Paw, Pure Amber, Brimstone Butter, or the Heart of a Zealot, presented with prayer, they are immune to Traumatized until they have expended the Hopeful condition gained by this prayer.

This ritual lets the Cultist of the Other Face summon Night Malefic/monsters to aid in their combat.
In the heart of the woods dwells a secret, the slave of the song, who will utter the speech of Vecatra.
Constellation: Sahm
Orthodoxy: 4
Observances:

Act – The Cultist goes to a location at which an atrocity has been committed related to the type of Night Malefic/monsters they wish to summon.
Focus – A Yew Wand is buried, half of its length, in the center of the site.
Offering – Petals from an herb with flowers are scattered in a circle around the Yew Wand.
Act – The Cultist lets out one clear, loud scream.
Liturgy – “Let me see you. I cry out, for I desire to look upon your twisted face. Give me the tools I need to make this world whole. I am the hunter of men.”
Focus – The Cultist slams down their fist onto the Yew Wand, driving it the rest of the way into the ground.

These Night Malefic will fight on the Cultist’s side until they are downed. They do not respawn.

This ritual allows for the Cultist to boost the powers of the Night Malefic/monsters that they have summoned.
They tried to bury us, but they did not know we were seeds. They threw us to the wolves, and yet did not see how the pack came when we called.
Constellation: Jabal
Orthodoxy: 3
Observances:

Mechanical Effect:
The group of creatures each gains a Fear call that refreshes on rest.

Each Malefic/creature is immune to social calls.

This ritual makes a follower of Vecatra into a Cultist of the Other face.
Evil is a word used by the ignorant and the weak. The Other is about survival, about unleashing the real strength of Vecatra, about embracing the world and all its truths fully and utterly.
Constellation: Tanin
Orthodoxy: 7
Observances:

Act – The Cultist makes their way to the shrine of the Other face along with an Initiate who has successfully undergone Saining and has them kneel before it.
Act – The Cultist has the Initiate bare their chest.
Focus – The Cultist takes a blade that has Killed and places it against the Initiate’s chest, pushing as they drag it downward to create a deep slit along their sternum. Bone must be revealed. This creates a torso wound, and the ritual must be completed before the end of their last rites and they die.
Act – Once the Initiate’s stomach is reached, the Cultist plunges the blade in to create a pocket.
Offering – A piece of a wyrd item with the Void trait is placed inside of the opening
Offering – An herb with the Paralytic quality is stuffed alongside the Obsidian until the pocket cannot contain any more materials.
Focus – The wound is sutured with the offerings inside with a Medical Professional Tool Kit and bandaged.
Liturgy – The Cultist guides the Initiate to repeat the liturgy:
“I am here for the faceless, that they may use me to fix the scourge that spreads the blight and tears holes in your creation for themselves, the pests that carve out your flesh to make space for themselves.”
Focus – A copy of the holy writ of the Other Face is provided to the Initiate after the completed ritual. It takes a downtime and a Blank Book for the Cultist leading the rite to copy their own writ.

Mechanical Effect:
The follower is now a Cultist of the Other Face. If the target of this ritual is not Faith in Higher Power or has not successfully undergone Saining the ritual automatically fails.

The Cultist is now bound by the vow of the Other face.

The Cultist gains a Malefic Terror call that refreshes on rest.

This ritual is intended to summon the face of the Other. Once summoned, the Other will answer one question for the summoner(s), but requires a sacrifice of life to become a Cursed creature.
The lion may be more powerful, but the wolf does not perform for man.
Constellation: Ramah
Orthodoxy: 6
Observances:

Act – A gathering of four people who have undergone their Saining, and a sacrifice (a live human either willing or unwilling), which must include the Cultist, comes together around a shrine to the Other after sundown.
Act – The four participants strip and stand in a circle, one participant standing at each point of the cardinal directions around the shrine with the leading Cultist at the Northern point. The participants make a slash on the palm of their right hand, kneel on the ground, and press their cut hand to the dirt while chanting.
Focus – The sacrifice is laid atop the shrine.
Offering – The sacrifice is given a superficial cut from their neck to the end of their stomach, deep enough that they begin to bleed, as a preparation for the Other.
Act – The four participants dip their fingers into the blood on the sacrifice’s belly and smear it on the sides of the shrine.
Liturgy –
“Ever watching, crouched on knee,
I hear your call, I come to thee.
I can’t resist your cold embrace,
Moonlight reveals the Other Face.
I’ve heard of you when I was a child,
You guide the creatures, fierce and wild.
I ask of you to listen now,
And I will heed your beastly vow.
My gift to you has no decay,
And it is yours to take away.”
Offering – A Rare Potent herb is then placed by the participants into the mouth of the sacrifice
Act – Participants carve the constellations into the flesh of the sacrifice until the spirit of the Other makes itself known.

Mechanical Effect:
Let staff know before the event if you are going to conduct this ritual. This can only be performed by the Cultists involved once per game.

The avatar of the Other will possess the sacrifice and speak through their mouths.

After the questions are asked, the sacrifice will begin to scream as it permanently transforms into a creature atop the altar. If they are a willing sacrifice, they become an Aberrant Monster and are unplayable. If they are unwilling, they become a Cursed Creature. They become Meek for the next hour.

The avatar of the Other maintains control until they decide to leave the body.