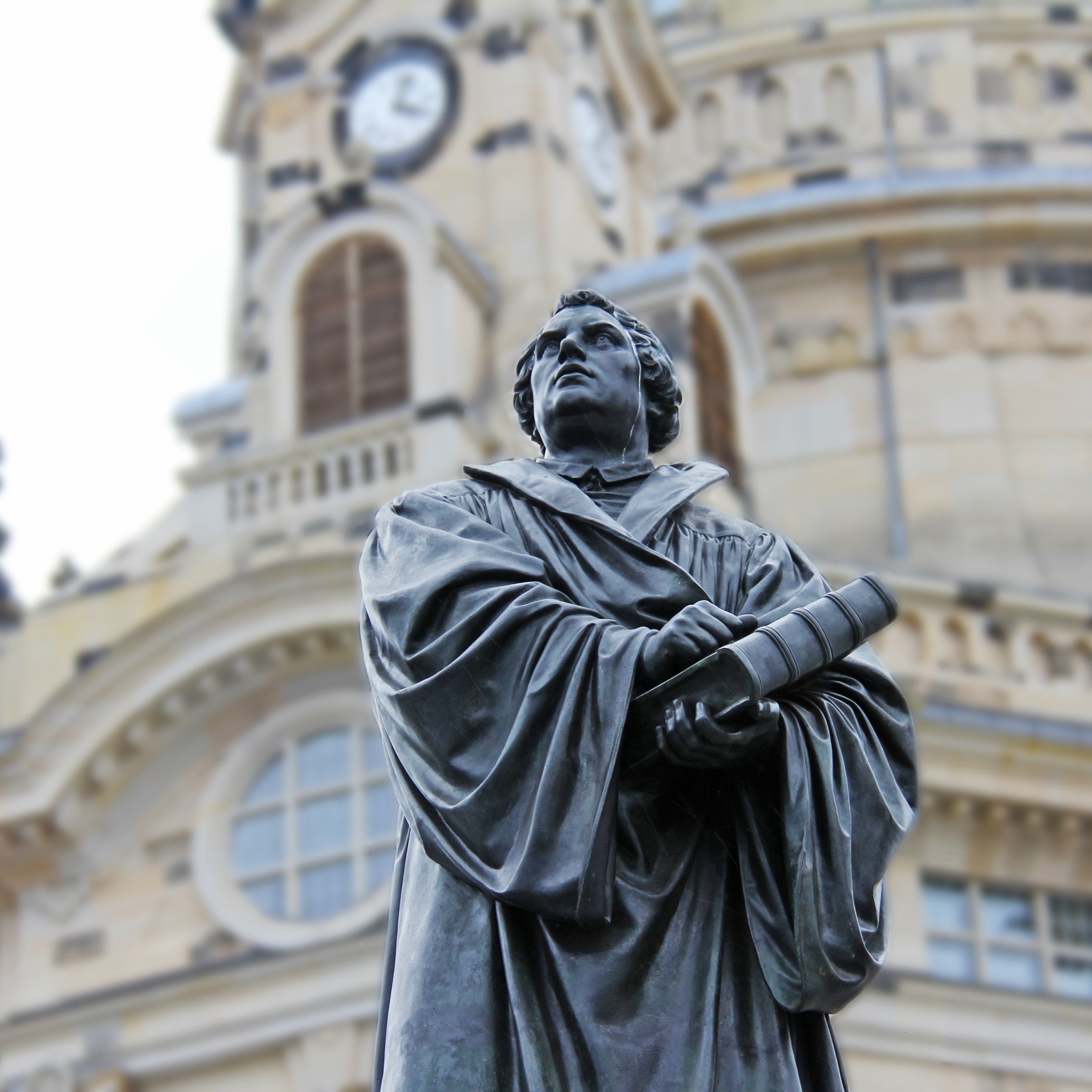 Anacrusis table- The tables constructed to randomize the effects of Anacrusis when it is triggered, primarily used by magicians. The table lists Mild, Moderate, and Catastrophic degrees.

Arcane <Effect>- Used to indicate the call originates with some arcane source. May only be resisted by Divine or Arcane resists.

Armor- A worn item that when struck in combat supplies you with a defensive call a certain number of times before it breaks and needs Repairing.

Battered– An injury that is stabilized becomes a Battered Torso or Limb. You regain partial strength and must use that limb or Torso as though it is in immense discomfort. You may not use combat skills, although you can still hold a sword or shield and use Guarded, Armor and Strike. At the end of the event you become healthy.

Blackout- The defender must lay down for the period of five rests. Defensive or offensive skills may not be used by the defender until they rise. Unlike Stun Body, this Condition renders you unconscious and unable to see/hear anything around you.

Bleed- A State in which the character is considered to be at level 0 for all skills and in which they cannot gain or use hope normally. Despair can be shaken by getting a new point of depravity, accepting a related insanity, earning a personal victory, or through specific character skills and abilities. It can be driven off temporarily by certain abilities or states, including Prayer.

Block- The defender may make this call to denote a physical attack striking their shield and not their person.

Condition- Unless otherwise specified, a condition is remedied at the end of a rest. Conditions include Blackout and Stun.

Conversation- For social skills, a Conversation ends when you end the conversation, disengage, and leave the immediate area.

Crush- This call allows you to make a “Strike shield arm” call after an opponent physically blocks your attack with a shield.

Cursed- While under the Cursed state all rites officiated by the affected or where the affected is a target of the rite gain one Vulgarity, and they cannot use Prayer or Confidence.

Despair- A State in which the character is considered to be at level 0 for all skills and in which they cannot gain or use hope. Despair can be shaken by getting a new point of depravity, accepting a related insanity, earning a personal victory, or through specific character skills and abilities. Despair is acquired in a number of ways, including suffering a personal failure or watching a close friend die- even if you are sure they will return.

Discipline- A defensive call that may be used against Fear, Terror, or one level of an Insanity

Disarm- The defender must drop their weapon; after the weapon makes full contact with the ground they may retrieve it. Shields do not count as weapons and cannot be disarmed.

Diseased – While in the Diseased State the character is under the effects of a disease that obeys specific rules as laid out in the disease card.

Divine <Effect>- Used to indicate the call originates with some divine source. May only be resisted by Divine or Arcane resists.

Divine Wrath Table- The table constructed to randomize the effects of Divine Wrath when it is triggered. Primarily used by cultists and those interacting with divine objects or committing blasphemous acts.

Dodge- The defender may call “Dodge” to represent them physically moving out of the way of a successful attack.

Downed – While in the Downed state, you will be considered Dead once you receive three additional Strikes anywhere, or when you finish your Last Rite, whichever occurs first. You may only speak as though you are in pain and crawl slowly, but you cannot attack or defend yourself.

Drain- A call that indicates that a state or condition has been removed, or drained away.

Driving- This allows you to negate an “armor” call.

<Effect> on < Name>- Indicates that an effect that targets one player is instead being taken by a different player.

Essences- Any of the four humors, condensed from a Human or Monster for use in alchemy, magic, ritual, or other purposes.

Expend– This requirement calls for you to sacrifice a skill spend that you could otherwise use. That skill then requires a ‘rest’ before you can use it again.

Fear- A State in which a character cannot use skills against source of fear.

Fire- Represents being set aflame. The target must immediately stop whatever they are doing and mime putting out the fire for ten seconds, or they are dealt a Strike to the torso.

Grab- Using a natural weapons boffer, the defender becomes grappled, only allowing light weapons and unarmed to be exchanged from either the attacher or the defender. Without a special ability neither party may take any steps, although the attacker may pivot both parties. Grab may be both Dodged and Parried against. However, once in Grab, the only way to break it is with Push or the Attacker relenting by defeat or choice. This cannot be used on a shield.

Healthy– Healthy is the default normal State for most characters, in which you are suffering no ill effects.

Hope/Hopeful– A State that a character can self resolve to refresh all of their skills without a rest.

Improvised/Crude– this item can only be used for a single combat or scene, whatever is shorter. After that it breaks and must be repaired in order to be used again as a tagged item.

Instincts- An advantage or disadvantage which Monsters have.

Maims- Maims are a permanent injury, and cannot be Stabilized. Maims are inflicted after a limb or torso is Battered and then hit again. They represent grievous injury, the likes of which will not heal on their own and require specialized healing.

Malefic <Effect>- Used to indicate the call comes from a supernatural source, and may exceed the quantity normally allowed or may operate differently than standard calls. May be resisted by normal means.

Market- The period of time in which game occurs, or how game is referred to in character.  This is the time in which the Nemien caravans typically arrive and the reason for people and characters to gather.

Masterwork- An item schematic with the masterwork tag, requires a downtime to create along with the requisite skills and materials.

Meek- Meek is a State in which the character is considered to be at -2 Resolve (Weaken Resolve) and in which they cannot use any social defenses.

Miserable– Miserable is a State in which a character cannot have or get hope, which can be resolved with crafted foods.

Mighty- This call allows you to negate an opponent’s “Parry” call.

Module- A contained scene or in-game event run that is scheduled and run by staff NPCs.

Monster Subclasses- Any of the nine specific types of monsters, containing a wide variety of specific monsters within each of them.

No Effect- Indicates immunity to the call it is a response to.

OOC- Out-of-character, indicated by placing a closed fist above the head.  This shows that the character is not really there and cannot be perceived by another.  The OOC symbol should be used to ask questions and clarifications 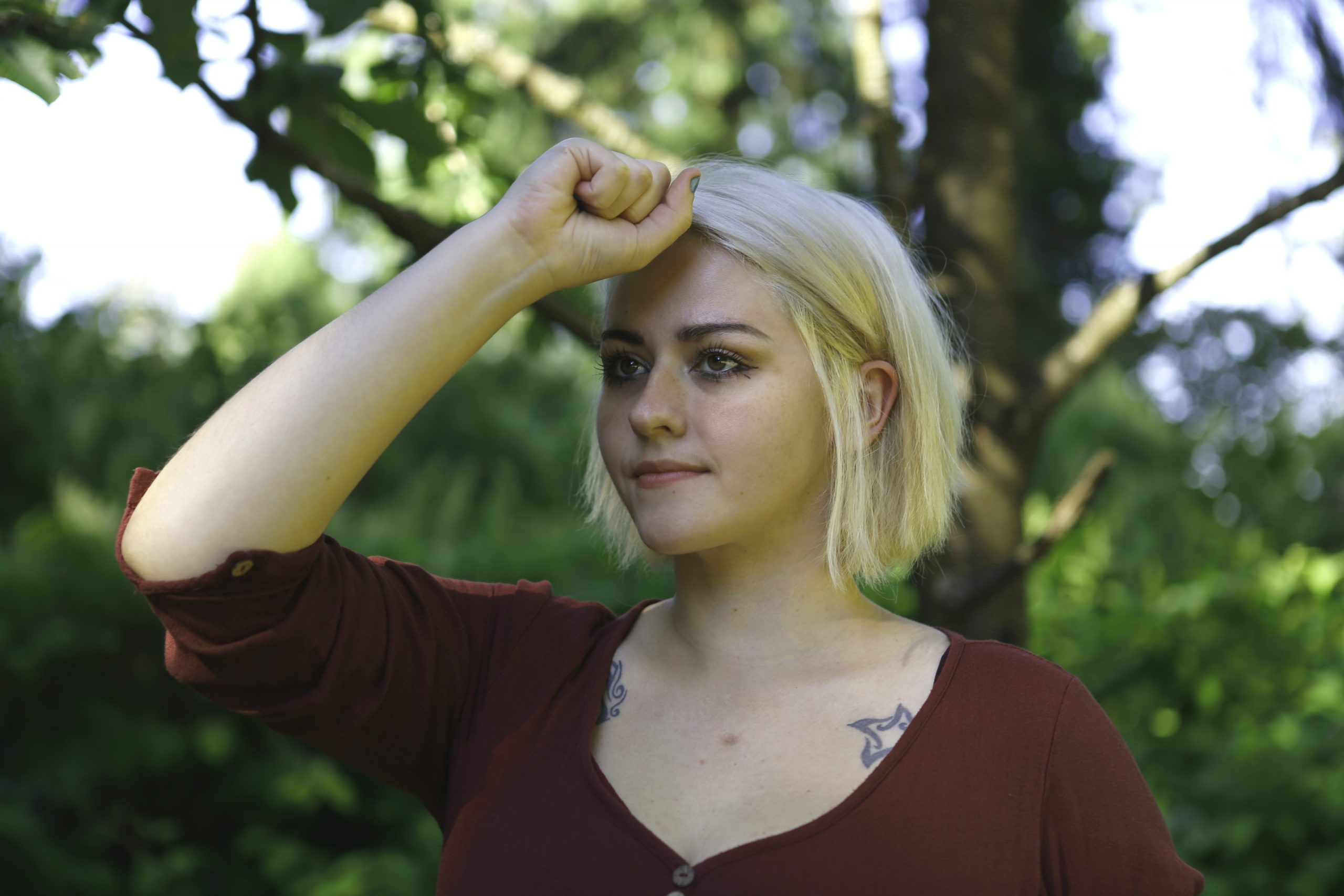 Originating Point- The place where a Monster manifests from or makes its home.

Pain- Treats a hit location as if it was Injured until the end of the scene.  No actual wound is taken.

Parry- The defender may call “Parry” as a defense to avoid damage or effects from a successful attack.

Parry <Name>- Indicates that the user is either taking a hit on behalf of the named, or using a defense call on their behalf.

Poisoned– While in the Poisoned State the character is under the effects of a poison that lasts for a specific amount of time marked on the poison card.

Power Strike- You must actually hit the recipient, but they are unable to defend against this attack except with another Power Strike.

Push- The defender must move five full steps back. If the defender cannot move back any further steps safely, then they must count the remaining steps aloud as seconds before taking further action. Push breaks Grab.  If using Push as part of the Brawl tree, a natural weapons boffer must be used to touch the defender to initiate the Push.

Quick- This call allows you to negate an opponent’s “Dodge” call.

Refresh– You regain the use of an expended skill. (A skill that you have used or requires ‘rest’ to re-use).

Resist- Used to ignore a call issued to the user. Cannot normally ignore Arcane and Divine calls, unless it is also an Arcane or Divine Resist.

Rest- You take five uninterrupted deep breaths while stationary and leaning forward, with both hands making contact with your knees while holding your weapons. Refresh all expended skills. If someone attacks during this process the rest is assumed to be interrupted.

Schematic- Schematics are in-game remnants of the world that was. These leaflets of paper contain the information required to build devices, weapons, and tools of old. Often copied to recycled or old paper, they are rare to come by and often don’t last in this new world. When you receive a schematic in game, it will have fields that tell you how to use them.

Stabilized- the action that changes an Injured Torso or Limb into a Battered Torso or Limb. Anyone can Stabilize a person who is downed by wrapping bandages five full revolutions over the affected area of the body. This can be done over clothing, but cannot be done over armor without a special skill. You also can’t stabilize yourself, normally.

State- Your State is exclusive to your health, and different States represent various stages of your well being. All States are constant until explicitly changed, although they do end at the end of the event. States include battered, bleed, despair, diseased, downed, fear, healthy, hope text, meek, miserable, poisoned, prayer, stabilized, temporary insanity, terror, and traumatized.

Stealth- A condition in which is a character is hidden from sight, indicated by covering ones face with a splayed hand. Generally requires shadows or at least 50% partial cover, although there are abilities that mitigate this. 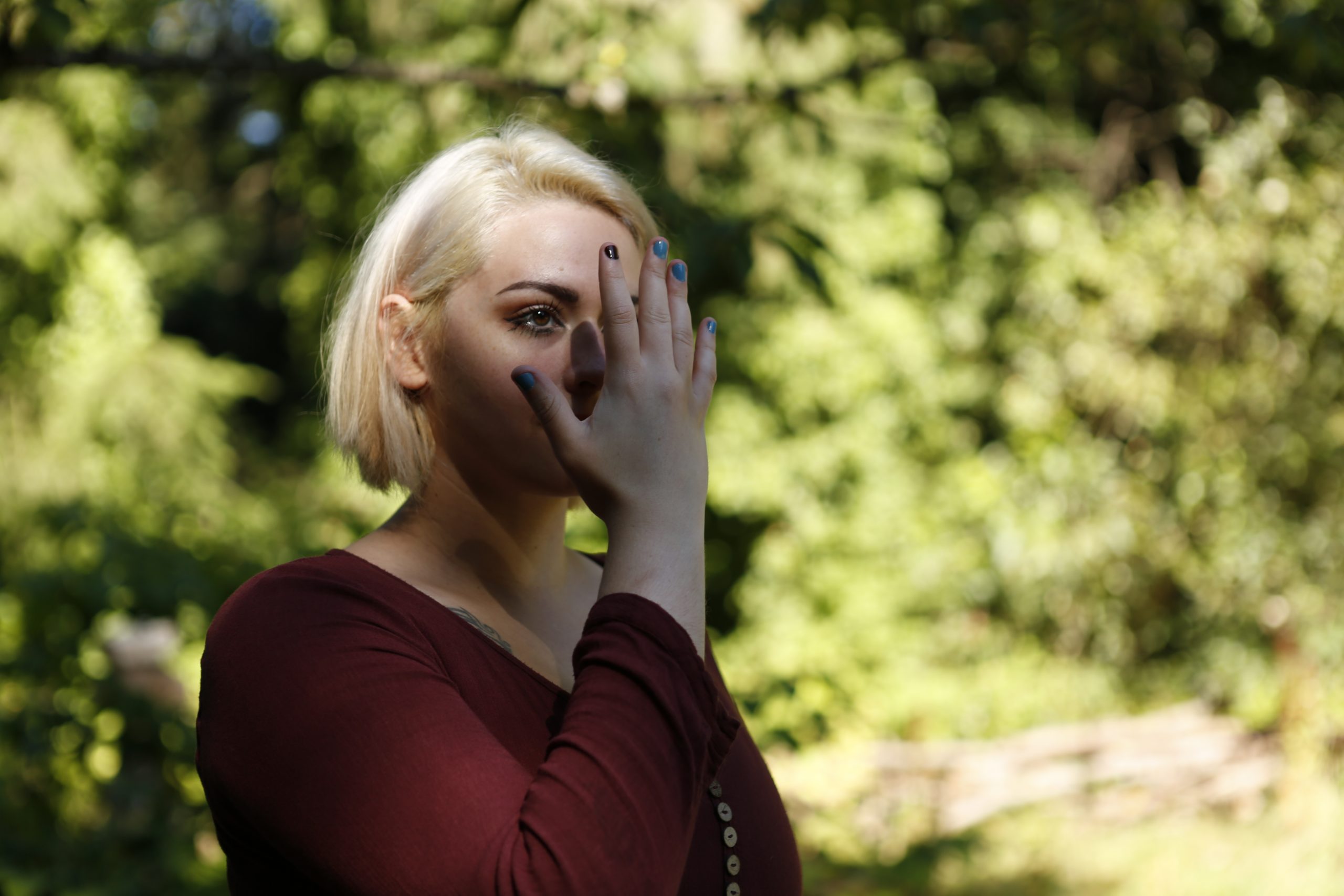 Strike– This call communicates that a player has been struck (while the attacker does not necessarily need to physically attack, they do need to be in weapon range). The defender may still make appropriate calls to defend from these attacks. Strikes are assumed to hit the torso,  unless otherwise called, and if the recipient is wearing armor they can be defended with armor. All physical attacks are also strikes.

Sunder- Sunder causes a piece of armor or a weapon to lose all of its calls. You may still use the weapon with no skills until the end of the fight. A shield that is Sundered is useless and all attacks pass through it. Ideally, it should be discarded to the ground if possible.

Terror- A State in which a character cannot use skills at all in the presence of the source of Terror.

Tracking- Indicates that a player is using Tracking and is accompanied by two claps, when this call is used all within hearing range must respond with two claps of their own. Sometimes the call has a specific <modifier> such as “Tracking: Malefic”.

Tracking Reveal- As tracking, but forces those responding out of Stealth (unless the Stealth is Arcane or Divine).

Trauma Table- The tables constructed to randomize the effects of Trauma when it is triggered, primarily used by Seers.

Traumatized– A State in which characters cannot use their non-combat skills, including all mental and trade skills.

Trip- The defender falls to the ground letting all four limbs touch the ground before being able to rise.

Weaken- Weaken has areas of effect, all cause you to temporarily lose 2 levels into that area. This lasts until you sleep or until it is removed.