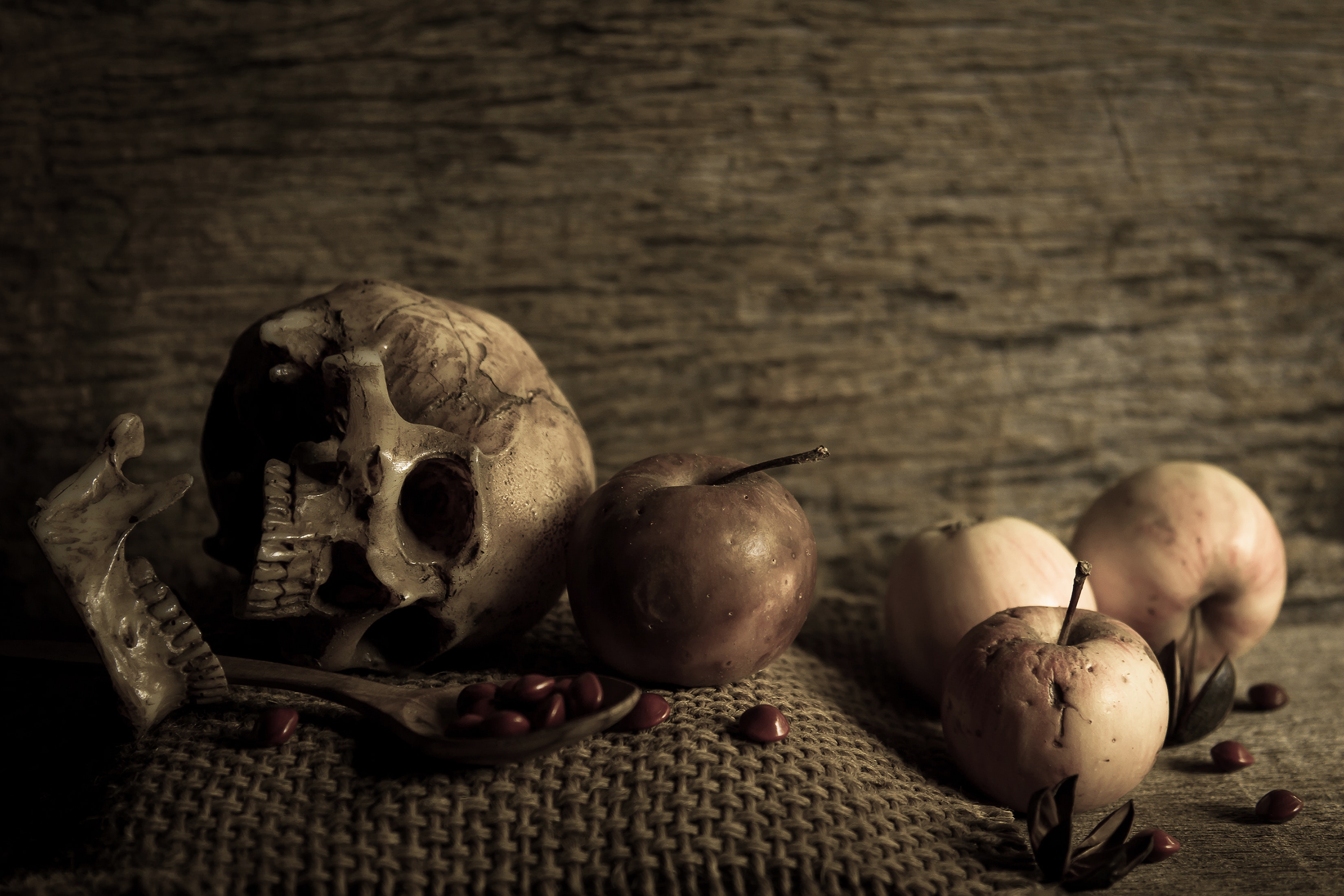 The Code of Conduct is in place to protect its players and community, the site, and the immersion experience. Your use of and participation in these events are governed by the Gothic: Age of Ashes Code of Conduct, and it must be adhered to by all players and staff. It is your responsibility to know, understand, and abide by the Code of Conduct. The following rules are not meant to be exhaustive, and may be modified by Gothic: Age of Ashes staff at any time. This document gives information on how to comport yourself while at an event, as well as how logistical, comfort, disciplinary, and safety issues are handled.

Gothic: Age of Ashes hereby reserves the right to suspend, terminate, or modify your ability to participate in the game for any reason, with or without notice to you.

Safety is the most important concern at all times. Gothic: Age of Ashes believes in reducing risk of injury wherever possible. Any player or staff member may call “Safety!” at any time to halt game action because of an unsafe condition. Everyone who hears the “Safety” call should repeat the call until action stops and the dangerous situation can be resolved. This sometimes can involve moving unsafe material out of the way, moving away from dangerous terrain, assisting someone with an injury, or even just taking a moment to avoid a panic attack in a chaotic situation. Again, Safety may be called in any situation for any reason if you feel there is a safety concern, or the action should temporarily cease. Once the individual who originally called “Safety” indicates the situation is resolved, the in character action or combat may resume.

It is expected that all participants in Gothic: Age of Ashes will have on their person a flashlight with a red or orange gel filter, to be used in situations where visibility is a concern and to avoid causing night-blindness in other participants.

Combat inside of closed spaces should be heavily monitored for safety of players and staff. We encourage use of our “Crowded” call whenever combat is too close to tables, props, or the walls- with the expectation that the use of that call means that those combatants will pause combat and readjust to safer circumstances.  In particular, if mass combat breaks out in an enclosed space that is not a modular space  (involving four to five people or more) then the crowded call must be immediately used and the combat taken outside. Secondly, fighting is not to take place on the stairs in the tavern and elsewhere and any combat involving them must be immediately moved.  Everyone should avoid chasing others in the direction of stairs as much as is possible, and call Crowded if such a chase occurs.

The Check In System

The check in system refers to a series of hand signals that all Gothic: Age of Ashes players are expected to implement and use throughout the course of the event intended to manage character interactions. If at any time players are engaged in an intense scene or a scene dealing with potentially disturbing subject matter, it is expected that players will check in with the following signals:
An “A-okay” sign can both signal the question “Are you okay to continue?” and a response of “yes”.

A wavering flat hand (a so-so or ehhh hand gesture) means “I’m not sure.” In these instances, offering to pause a moment, alter course of the scene, or get a staff member is recommended.

A thumbs-down sign indicates that the player is not okay, and the scene should immediately pause or fade to black while the player can take whatever appropriate actions are necessary to restore their comfort. These could include handing over their sheet to a staff member to have them resolve the scene, or switching the scene to a purely narrative one.

A player may call for a fade to black or give any of the hand gestures to signal their comfort level during play at any time.

Players may receive a Safety Warning if they routinely violate or endanger the safety of other players or staff members. This includes but is not limited to strikes to illegal body areas (head, groin), swings that are too hard, behavior that breaks or damages personal equipment of other players or the game site, and unnecessary physical roughness with other players.

Repeated safety warnings can result in a Safety Violation. A Safety Violation carries with it punishment, at Staff discretion, that may include temporary removal of combat privileges and/or suspension from one or more events.

A) Cheating will not be tolerated. Examples include but are not limited to: falsely changing a character sheet or an item tag, intentionally falsifying information relating to the game, not properly reacting to in character hits or damage, modifying rules without clear authorization from Staff, or performing illegal maneuvers as a participant. Gothic: Age of Ashes Staff, and designated Rules Marshals, have sole discretion in determining whether an act constitutes ”Cheating”.

B) Honor the Spirit of the Rules. While the Gothic: Age of Ashes team has worked very hard to ensure that the rules and mechanics of the game cannot be taken advantage of in ways that were not intended, we are aware that it is difficult to find and fix every loophole. As such, we expect that our community will follow the “spirit” of the rules and mechanics.

D) Gothic: Age of Ashes is intended to be an age eighteen (18) and over game. Staff reserves the right to verify your age at Sign-in by requesting to see a valid, unexpired picture identification proving that you are at least eighteen (18) years of age.

E) Abusive behavior will not be tolerated by Gothic: Age of Ashes. This behavior may take the form of emails, messages, online interactions related to the game, and/or verbal or physical expressions directed at Staff, Rules Marshals, or Participants. If abusive behavior persists from any particular individual, that person may be asked to leave or not participate in events either temporarily or permanently, and they will only be allowed back events at the discretion of Staff.

F) Sensitive and controversial topics may be encountered in Gothic: Age of Ashes plots. The setting is intended to be one of difficult moral choices against a setting that is dark and emotional at times. It is the players’ responsibility to inform Staff if they encounter something which is too disturbing for them, and that they need to take a break from. In this event, scenes may be narrated, or you may surrender your PC sheet to a staff member to take over for you, as the situation warrants. While we do want the game to evoke emotions and character-focused choices, everyone has limits, and we very much want to respect those.

G) You may not violate any applicable law or regulation in connection with your participation in any Gothic: Age of Ashes event.

H) Please make all reasonable efforts to respect the wishes of other participants regarding their desires to be included or excluded from photographs, video, and other recordings; and whether or not they are amenable to being tagged by name in such recordings on the internet (for example, in a photograph posted on a social networking site). If you continually disrespect participant(s) wishes regarding same, you may be suspended from Gothic: Age of Ashes, or asked to leave the event.

I) It is required that every participant will submit their weapon for safety inspection during the check-in process for every event, regardless of manufacturer or prior clearance in previous safety checks.  Weapons must remain safe throughout the event, and weapons that pass safety check initially but later become damaged or result in complaints in the field may be removed from play by staff after the fact.

J) Playing spaces are expected to remain “in character” as well in order to assist in the immersive environment of the game. Gothic: Age of Ashes has out of character spaces and playing spaces, and the “Decorum” call may be used to remind players if they wander OOC in the game space. Repeated and excessive OOC conversation and behavior can result in a warning or other disciplinary action. Bathrooms are generally considered an OOC space, as are the on-site medical cabins. All OOC spaces may not contain traps, locks, or other in-character  items within them that are not directly located on your person.  Instead, staff will provide an in-character chest that will be placed outside of areas like the Medical Cabin that can contain in-character items and that which can be trapped or locked as necessary.

K) It is required that participants clearly delineate content or containers that are OOC by covering them with fabric and/or marking them with OOC marking tape, provided at check-in.  This is meant to mark player possessions that are not part of the game world and should not be touched by other players.

L) In the event that a character steals an in-game item from another character, Staff has a thief log where they keep track of everything that is taken from another player. In the event that you steal an item, you must steal both the phys rep and attached tag. For example, when looting armor off of the battlefield, you will need to remove the armor from the character rather than simply taking a tag from their body. Please bring the phys rep prop and the tag to staff, where we will keep the prop for safe-keeping and return to the owner, and will issue you a tag for the item for you to attach to your own phys rep at your next opportunity. The player who has been stolen from can require that the thief use the original prop for the tag.

M) Gothic: Age of Ashes is a game in which romantic scenes and sexual content may occur. We want to make sure the experience of playing these scenes is safe for all involved. There there are two options for how to engage in a sexual scene. One is to roleplay all the flirting and talking you want until the sex would actually occur and then narratively break and negotiate what happens without being explicit. The second option is to sit face to face, making eye contact, and taking turns saying individual words or phrases to describe how the scene advances. These words should be emotionally or sensationally charged, but without the use of sexually explicit actions or anatomy. Such words could include “eager” “enthusiastic but clumsy” or “feral,” for example. When one character feels as though they would have completed their part in the act, they should say a word that indicates how the sex ended for them. Roleplay may then commence as normal. If at any point a player is uncomfortable with scene content, they should signal fade to black. Any other players involved in the scene must abide immediately.

N) It is expected that while participating in an Age of Ashes event, attendees and staff will practice safe conduct, including refraining from combat while intoxicated by any substance which may impair judgment or physical function.

O) If you’re going to share food, drink, or consumables with others, you must let them know what it is in real life before they consume it along with the in-game effects.

The Code of Conduct applies to situations that happen

1) At the actual event, during event days, including during set-up and tear-down,

2) All activity that occurs in official Gothic: Age of Ashes online spaces, including Facebook and the official forums, and

All players must sign the code of conduct before entering play. You may do so at this link here.